A Gift From The Journey: Adventure Bangkok 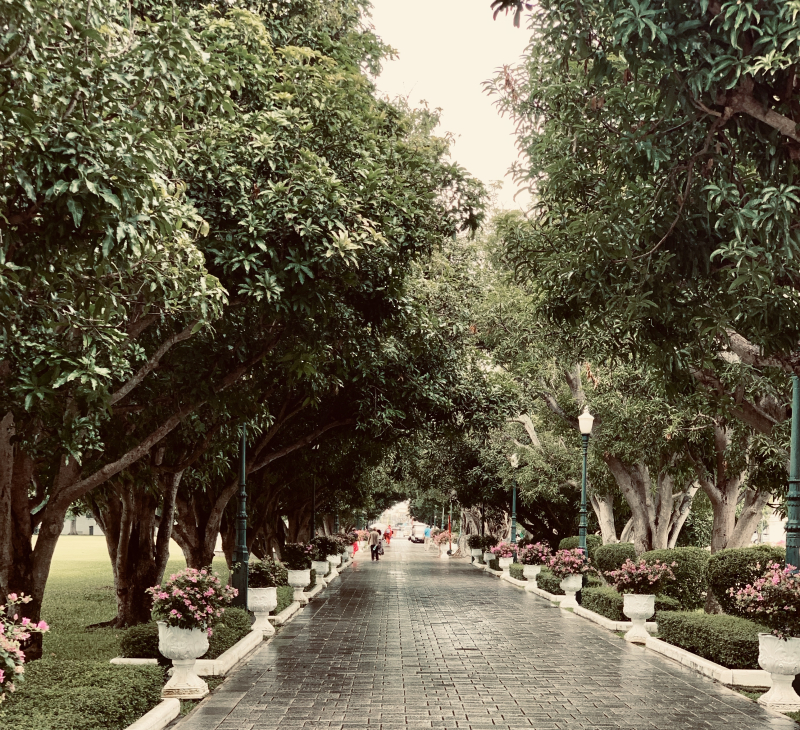 Use this direct link to all of my podcasts http://www.buzzsprout.com/306041

Welcome to Conversation with Katherine and my podcast: Adventure Bangkok

I recently went on a short trip to Bangkok, Thailand.  When I arrived in Bangkok my first impression is did all of the people of the earth come to this city today.  Bangkok has ten million people that live in the city and if felt like there were five million cars on the road.  Traffic is horrific and it can literally take you five minutes to go one block.  Traffic is also chaotic and I don't know whether to admire or be confused by anyone outside of the city to attempts to drive. 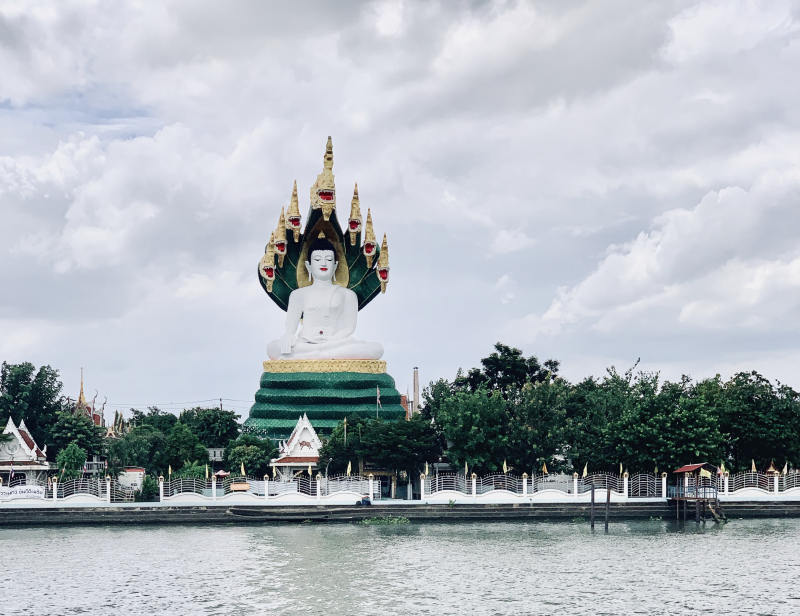 Buddha on the River

The city is teeming with people and high rise apartments where the elite of Bangkok live.  It was explained to me that the reason there are so many cars is that most people that work in Bangkok can't afford to live there and they commute for hours to get to work.  It is also the reason for the many street vendors who supply those with meals on the run. 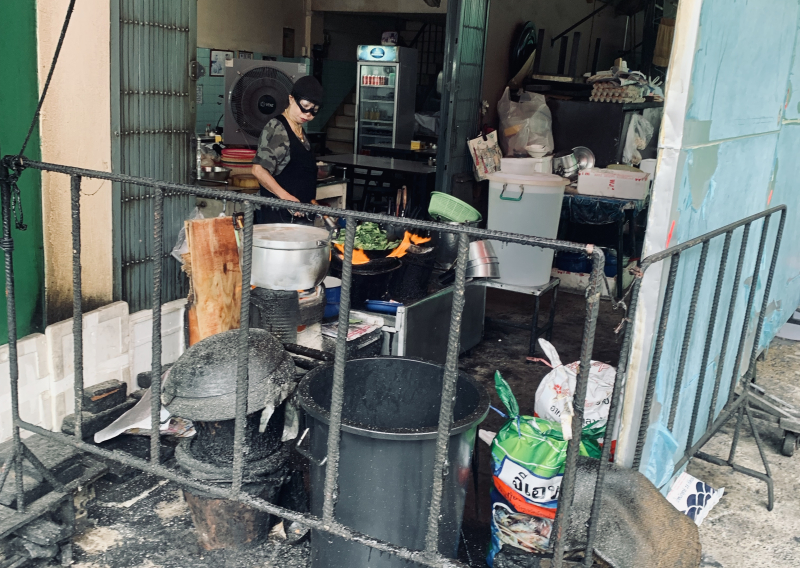 Jay Fai cooks every dish at her restaurant

The country is primarily Buddhist and you will find temples and Buddha's everywhere.  There are also pictures of their king and his family everywhere.  My reason to go to Bangkok, food.   I was watching a Netflix on street food and Jay Fai who has a Michelin star for her street food.  I went to her restaurant right after I checked into my hotel.  I was disappointed because though she opens at two there is a ritual to get into her restaurant without a reservation 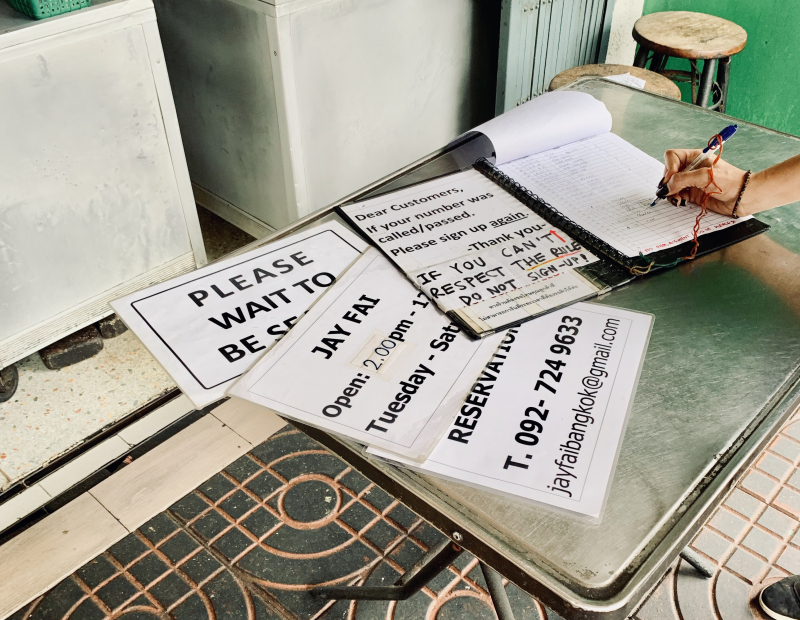 There are two ways you can eat there you can email her for a reservation which is months out.  I think that when I was there she had a two month waiting list.  The second way is to have an adventure in patience, persistence and some luck. The adventure is to get to her restaurant around 10:00 a.m. put  your name on a waiting list.  The waiting list is closed out when it gets to 65 people and it is a hard close.

The following day, I went to tour of temples and had the driver drop me off at 10:00 a.m. to get my name on the list.  I was number 9 and I thought that I would eat somewhere around 2:00 p.m.  I was wrong.  I had read on the internet that if you missed when you name was called you had to start the process over.  I knew that I had to be there and once I made a commitment to eat there it was going to be a time commitment.    I went on a tour to the Grand Palace and came back to Jay Fai around 1:00 and watched them start prepping for the food.

I was fascinated by her back story.  She was poor became a seamstress and was able to help support her family.  There was a fire where she worked and she loss eveything and she became poor again and then she started cooking street food.  Rags ,to okay, to Rags ,to Well Off.  Her story is a story of persistence and her ability to get up from adversity and reinvent herself is story of many successful people.  It is easy to look at where she is now and admire her for her culinary skill.  I think her survival skill should be honored not just her skill with food.

So I waited another two hours, chatting with other foodies.  I noticed there were not a lot of Thai people there.  Her food is expense by Thai standards.  I had her signature crab omelette which was too much for me to eat.  I like to savor food, I am not an eater.  Yes it was good and fresh.  I just wish I had more people with so that I could have tried different dishes.  They don't  allow you to change the number of people that you are with so I had the number one and I could order for one person.

After I satisfied my going to her restaurant I signed up for a night tour, a chef's tour.  The most fun was the chef's tour.  I don't know a lot about Thai food and the Chef's tour was an adventure. 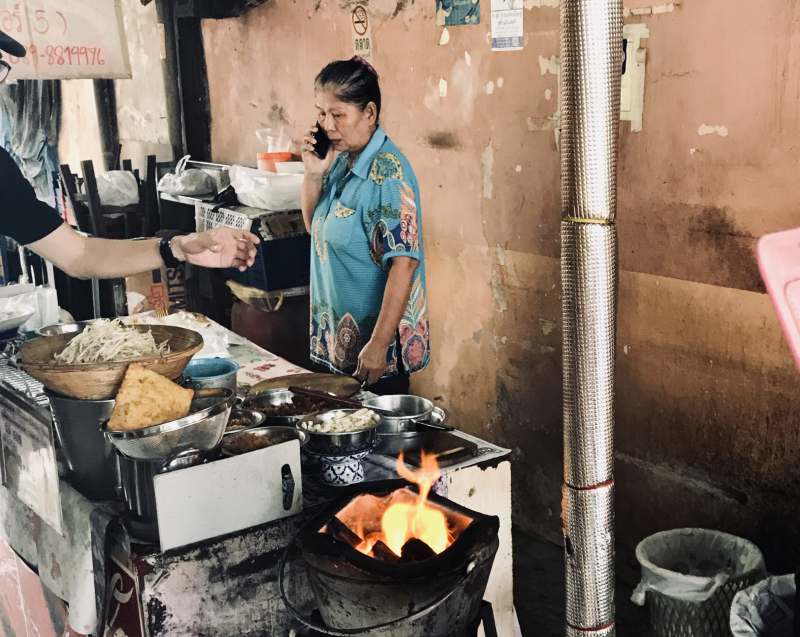 There were four of us and I took public transportation, a boat ride to get the district where we ate most of the food.  I had fried pork, duck, some type of rice cooked in bamboo leaves, fried bananas, fried rice, different types of fruit.  The tour took us on a culinary adventure.  The boat ride is a long boat that does not come close to the pier and there is water between you and docking station.  It was nice that the tour people were worried about my ability to get on and out of boat.  I had some concerns the water is not pristine it is recycled sewage water and it looked like it was recycled water.  I did not want to fall into the water, I did not think that would be a good adventure.

I managed, did not get sick and had a great time.  My second culinary experience was at the restaurant Sra Bua which is a more traditional style Michelin Restaurant.  I had their tasting menu.   The meal starts out with several deconstructions of street foods before you are taken to the main dining room.  The chef came out and said Hi and we talked about the French Laundry which is located in Yountville, California. 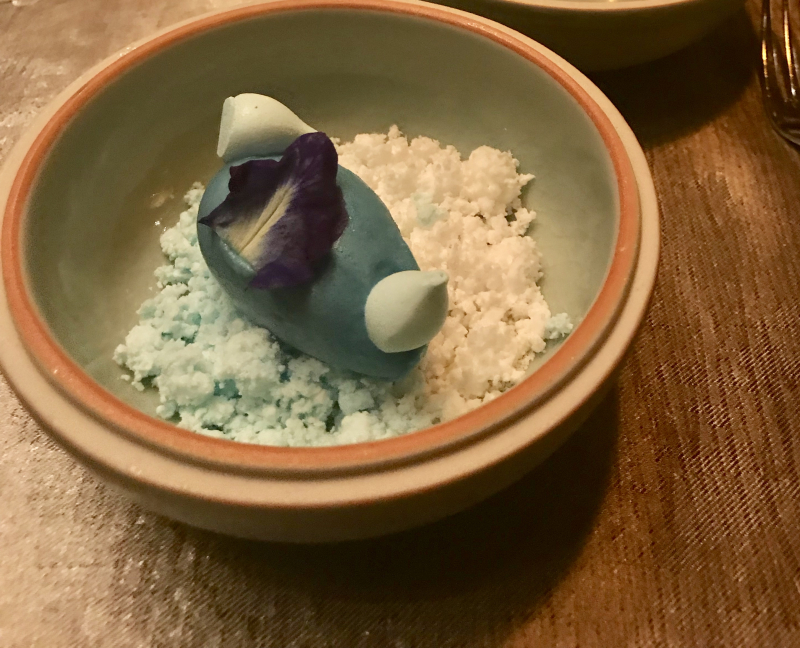 I have to say it was a perfect blend of ambience, creative presentation, quality of food and fun.  My other perfect experience was at the French Laundry.    I went to Bangkok for food and temples.  I saw the reclining Buddha, Grand Palace, The Buddha in the tree.  I didn't see the floating market that is okay it is not about what I didn't see but how much fun I had.

Thanks for listening to Conversation with Katherine and my Podcast Adventure in Bangkok.  Have a great day in your life and a great conversation about Bangkok.