A Gift From The Journey: Adventure Cuba 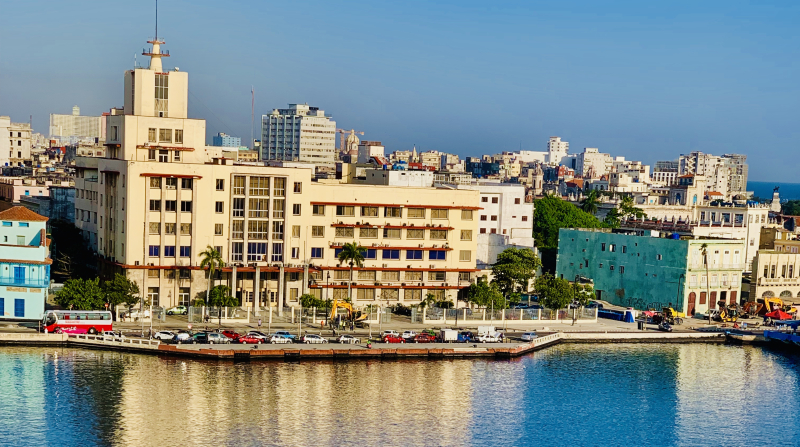 Welcome to conversation with Katherine and my podcast Adventure Cuba

My Cuba adventure was a combined adventure.  I had never taken a cruise so part of my adventure was experiencing a cruise for the first time.  When I thought of a cruise I could not imagine myself out on the sea with no sight of land.  I imagine getting sea sick and not enjoying the journey.  Imagination is interesting in imagining the worse, I did not give myself an opportunity to have the experience.

I had heard people in my life rave about how much fun cruises were and how great the food was on the cruises.  It did not change my mind for a long time until.....my mind was changed.  What changed my mind, Cuba.  I have wanted to go to Cuba for a long time and gong on a cruise was my way to get there.

The first part of the adventure, the cruise, was a large ship with over 2000 passengers.  When I think of being in an environment with 2,000 people I could not think of anything that I would not want to do.  I was surprised that with that many people on board I could still find space where I could have my solitary time.  When I think of myself, I would describe myself as a hermit with social moments.  I need a significant amount of down time to recharge.  I am naturally an introvert so being surrounded by 2,000 people was a concern.

All of my thoughts were not correct.  I discovered adventure and fun on my cruise.  I had learned that I am more social that I originally thought.  I learned that the ship was large enough to give me a choice of solitary or including people in my journey.  I found some of the food good but the pure quantity of the food was astonishing.  I watched people eat literally all day.  Food was available all day and people ate all day. When I first saw my room I had an ocean view room that was designed to sleep three according to the marketing.  My first thought, did they mean three people?  The bed could sleep two people but when I put my carry on luggage in the room it took up much of the space.  The space to take a shower was so small that I could turn around but two people would not have fit in the bathroom.   I can not imagine how three people with luggage could fit in this small space.   I have been told that room is just designed for sleeping.  My room was designed for maybe two people who can share a closed in space.

The ship has multiple ways to amuse the people when you have a day at sea.  I found sleep to be a solid calm sleep.  The ship was so sturdy that I never even knew that it was moving.  I woke up the first morning and I went the top deck and Loe and behold I saw Cuba.  I had scheduled a tour and I was excited.  There was a tour of Havana that took me to various places in Havana.  I saw a Santera priestess smoking a cigar in one of the market squares.  She cut a fine figure she was fully dressed in traditional clothing with a long cigar seating on her throne like she was queen of the square. 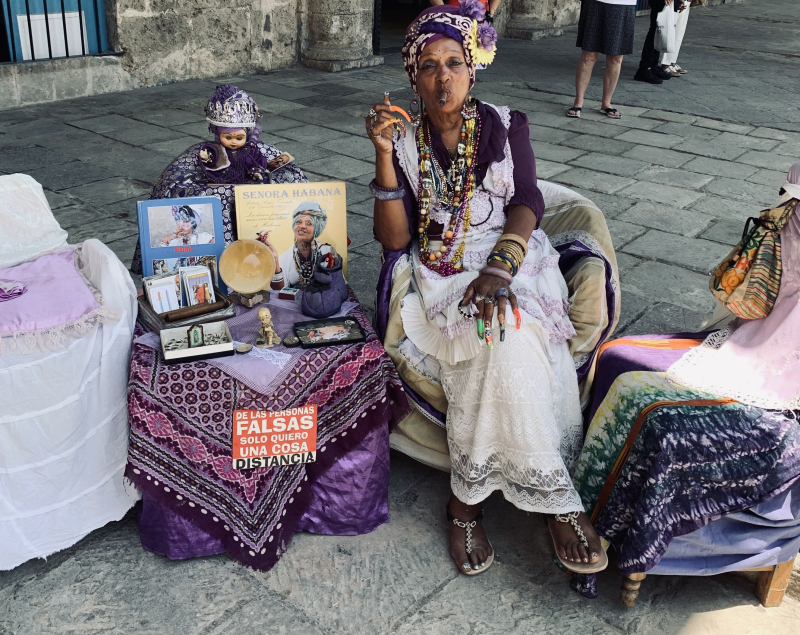 The various places I saw were historical in nature.  I ate at the restaurant that Ernest Hemingway used to drink.  While I eating we were serenade by a group of musicians who sang the songs that Americans tourist like to hear  LaBamba.  I was walking an found a statue that if you touch the beard of the statue you will have good luck.  I grabbed the beard.  I saw all of the old cars and I was told that they are old cars on the outside with new engines on the inside.  The cars have Mercedes engines because the original parts are not available.

I was told that families own the cars, there cost is $50,000 which is a significant amount since most people don't make more than a few hundred a month.  Families will buy the cars together and maintain them as a family. They have pride of their ownership and the cars glisten.

On my tour I could see that some of the infrastructure of Havana needs to be rebuilt.  The food was not tasty.  I don't know if that is because of the ingredients or because of the cooks.  I was surprised that it was on the bland side.

I went to a Cigar and rum establishment.  I had Cuban coffee that was an adventure all by itself.  The person turned down the lights and put a match to coffee as it poured.  I watched as he pored the coffee as it was on fire into a cup.  It was a beautiful sight and the coffee was tasty.   I purchased a cigar and sipping rum.  I did not even know that sipping rum existed.  I was also able to taste different ages of rum.  We were warned not to buy cigars and rum from street vendors because they would not be real.  The state of Cuba runs the cigar and rum stores and determines the price and value of what is sold in the stores. 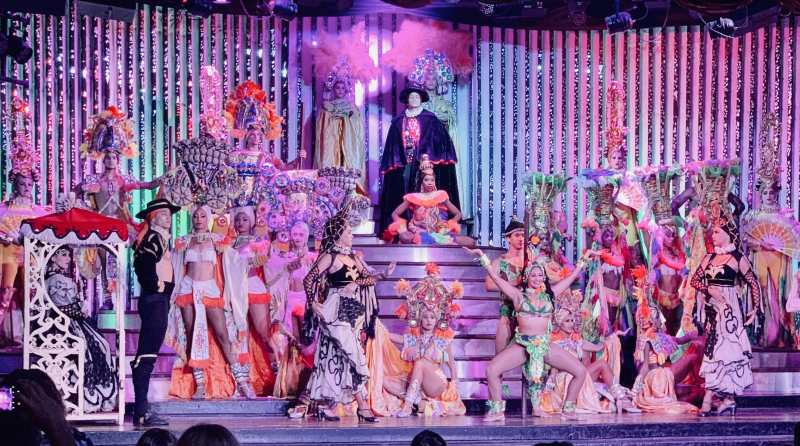 I went to a cabaret that was reminisce of the cabaret shows that happened in the 50"s except with a revolutionary. theme.  The show was a very clean version of a Las Vegas like show.  The costumes were beautiful the music was great and I had a fun evening.

The hotel where the show was performed once was a grand hotel.  The structure and the grounds were a memory of their previous glory.  The bones of the structure were visible the need of repairs was also visible.  I enjoyed walking around Havana and taking in the sights. I was fortunate because when I returned a day after I returned the ability to travel to Havana was closed.

The people of Havana were warm, welcoming and need of tourist dollars.  I wanted to go to Cuba before it was destroyed by tourist money.  I hope that the borders are open for Americans to be able to travel once again.  I am reminded by my guide in Bali who gave me the lesson that tourist dollars can change the trajectory of the lives of the people who live in the country. The cruise went to a private island in the Bahamas and I was able to play in the water and lay on the beach.  It was my last day on the cruise but I have memories.  I have memories of standing on the deck and seeing the sunset.  I would watch the birds fly in the morning as I ate breakfast on the deck.  I remember one evening watching young people dance and it took me back to my younger days.  I did not understand the music but I recognized the spirit and the fun.

I think of my earlier thoughts about a cruise and I will be going on another cruise.  It is a different type of travel and I thoroughly enjoyed my trip.  It is a lesson to me to not let my thoughts keep me from my experiences.

Thank you for listening to Conversation With Katherine and my podcast Adventure Cuba.  Have a great day in your life and a great conversation about Cuba.